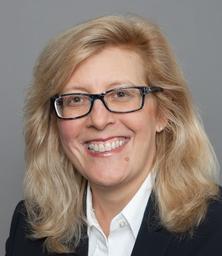 Kim Swinton, Principal
After 30 years as a successful fundraising professional at many important nonprofit institutions, Kim Swinton founded The Swinton Group (TSG) as a premier consulting firm working with nonprofit organizations and their leadership. She has most recently served as lead counsel on capital campaign strategy for the new American Writers Museum and Chicago Architectural Center, both in Chicago, and the reimagined Arkansas Arts Center, designed by Jeanne Gang and her practice, Studio Gang, in Little Rock, Arkansas. A highlight of Swinton’s past work includes contributing significantly to the recent transformation of Writers Theatre, where she led capital and annual fundraising campaigns. This work fueled the expansion of the organization and enabled Writers Theatre to establish a new cultural icon in the Chicago area: a state-of-the-art theatre center designed by renowned architect Jeanne Gang. Her leadership has also been integral to Hubbard Street Dance Chicago, where she executed a capital campaign to build one of the top five dance rehearsal, administrative, and educational facilities in the country; WTTW Channel 11, as Chicago’s public television station successfully undertook a capital, programmatic, and endowment campaign for digital conversion; The Goodman Theatre, where she oversaw fundraising efforts for the organization’s first endowment; and Chicago’s Peggy Notebaert Nature Museum and Harris Theater for Music and Dance, where, following Grand Openings, she stabilized these organizations by building advancement departments and raising significant annual and special support during the first critical years of operation. Swinton received her B.A. from Northern Illinois University, where she was the Dean’s Award winner for the College of Visual and Performing Arts, and she holds her M.A. from Northwestern University’s School of Communication.